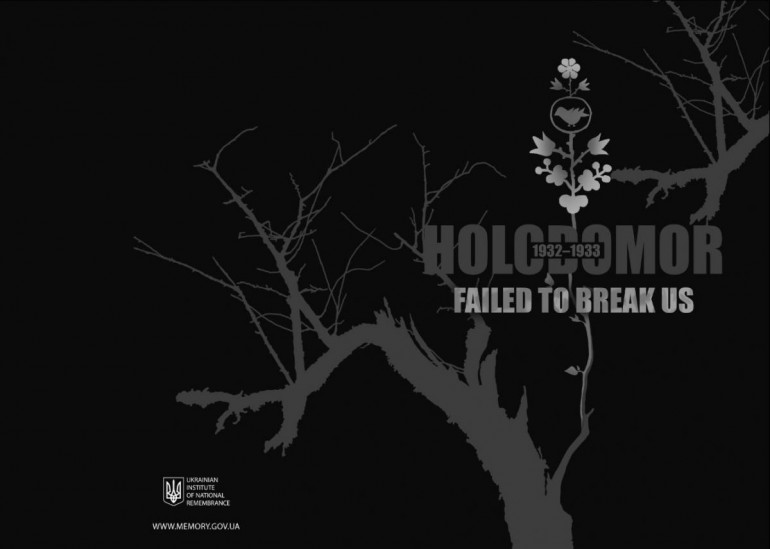 Famine became the weapon of choice of Stalin’s genocide that claimed lives of millions of Ukrainians. It also gave him the opportunity to kill those who survived the mass murders. They were killed as Ukrainians. Having survived the Holodomor, they refused to speak their mother tongue and honor old customs and traditions, transforming into faceless Homo Sovieticus. They were killed as individuals, as they became people without sense of dignity and turned into cogs in the totalitarian machine.

The result of the Holodomor was millions of dead and deserted Ukrainian households, but also the empty souls of those who survived 1933. The people were afraid to recall the horrors they witnessed. It was not merely a fear of punishment but the memories of self before 1932. It was painful to even wonder what they would become if it were not for the Holodomor that ruined their lives and deprived of personality. Yet the genocide did not break everyone. There were those who survived both physically and spiritually. Despite seeing how their families and friends died from starvation, and looking in the Death’s eyes and feeling its animalistic nature, they refused to yield.

The Holodomor did not force them to betray their national identity. Soon they resumed living despite the trauma of 1932-1933 and repressive realities of the Soviet regime. They became artists, writers and prominent scientists. They have not forgotten the Holodomor, yet these memories did not obstruct their personal development. The men and women knew they are living lives of the millions who perished physically and spiritually. They were the champions of unique culture that enriched the world’s diversity. Stalin lost because of them.

The Holodomor did not break Ukraine. After decades of persecution, Ukraine rose to its feet and put an end to the totalitarian empire in 1991. Today, Ukraine confidently breaks attempts to revive this empire again. It defends its own borders and those of Europe. We are the nation that refused to yield to genocide.