Book. People of "THE GREY ZONE" 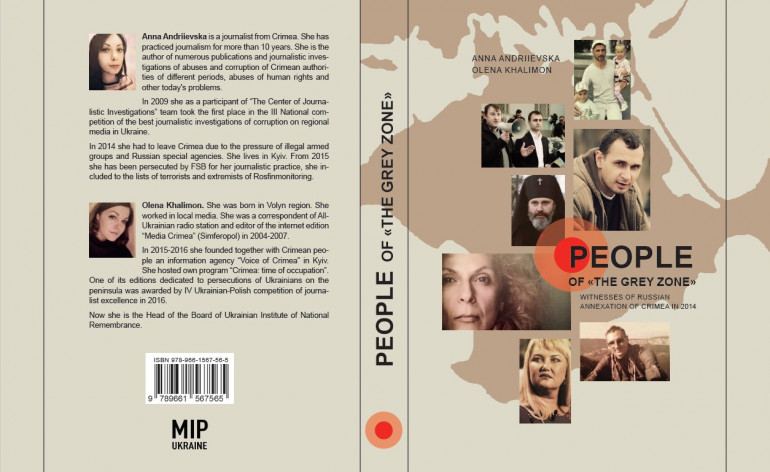 This book of testimonies concerning Russian annexation of Crimea in 2014 describes the part of history of “Crimean spring” which Russian propaganda conceals and distorts. More than fifty stories refute the myths that the annexation of Crimea was bloodless and “Crimean people didn’t try to resist and willfully chose Russia”. How did Crimea become a part of Russia and how did that turn out for Crimean residents? What methods do Russian special agents and power forces use against peaceful citizens on the peninsula? Crimean people who became witnesses and victims of Russian military seizing of the peninsula in 2014 provide the answer on these and other questions.
Photo materials are provided by the participants of the project.